Professor Oliver Moravčík is a candidate for Rector of the Slovak University of Technology in Bratislava. The STU Academic Senate has elected him by a majority of 28 votes out of a total of 38 members present. The new Rector will be appointed to the position by the President of the Slovak Republic.

The STU Academic Senate ultimately voted for a single candidate, since Prof. Jozef Peterka announced his resignation in favour of Oliver Moravčík on the day of the election.

After concluding the act of secret ballot and counting the votes, Prof. Peter Hubinský, the Chair of the Election Commission, stated that the elections were conducted properly in accordance with the approved schedule. He announced that Professor Oliver Moravčík became a candidate for the post of the STU Rector, as he was voted by the majority of 28 votes out of the total number of 38 present members of the STU Academic Senate.

"I am pleasantly surprised by the number of votes I received. I perceive my mission as an effort to help restart and refresh the Slovak University of Technology. In this effort, I rely on the cooperation of all the University bodies, students and employees, so that we together can move forward, "said Professor Oliver Moravčík in a short speech after the election.

Prof. Marián Peciar, the Chair of the STU Academic Senate, congratulated Prof. Oliver Moravčík for the election and announced that, after verifying the Minutes, he would send the result of the election together with the application for the appointment of the new Rector by the President of the Slovak Republic to the Ministry of Education. 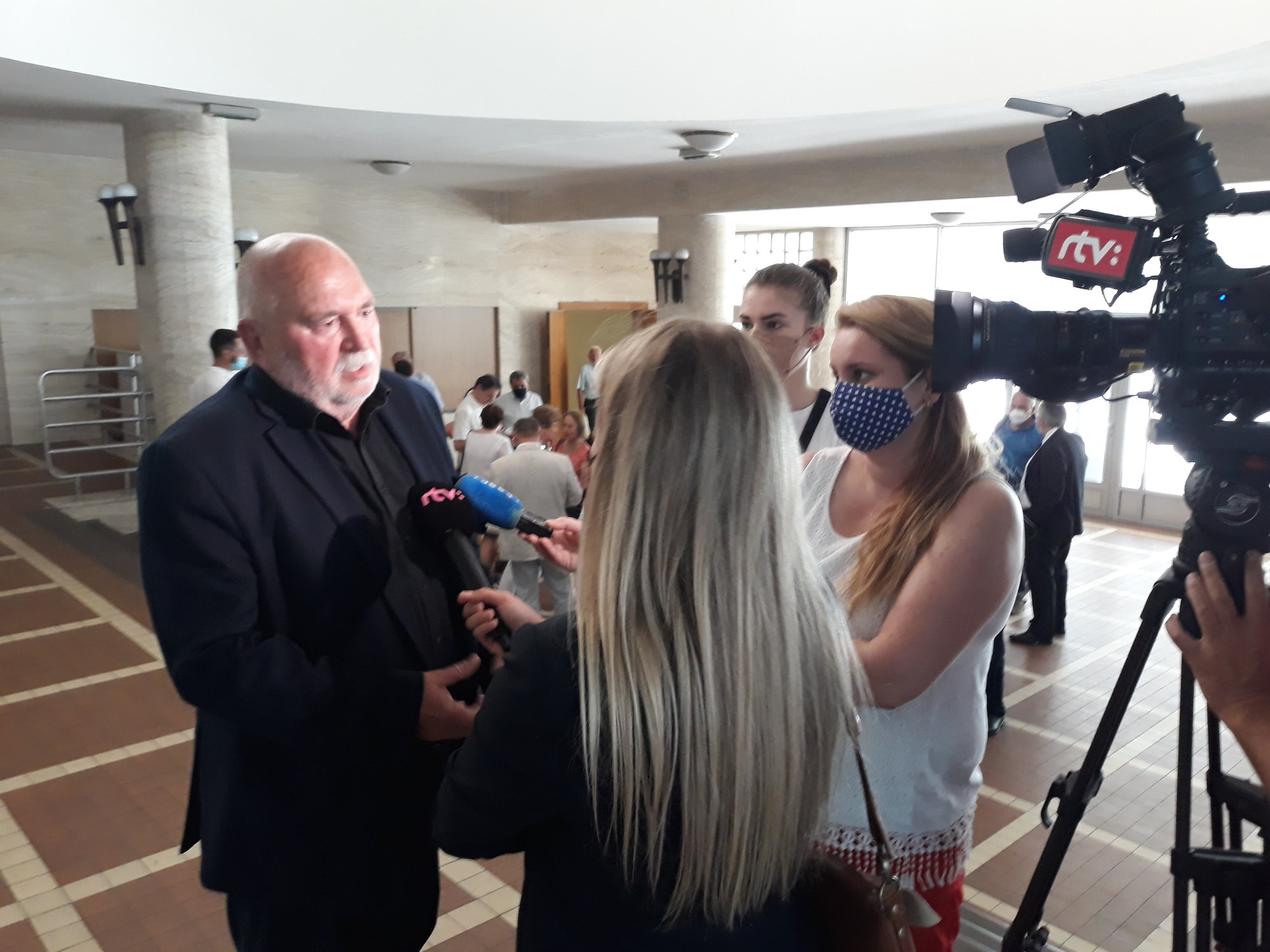 Professor Oliver Moravčík has been the STU Vice-Rector for Strategic Projects and Development since 2015. On 26 April 2012, the STU Academic Senate entrusted him with the function of the STU Rector. Prior to that, he worked as the Dean of the STU Faculty of Materials Science and Technology (2006 - 2014) and even earlier as the Faculty Vice-Dean. From 1994 to 1998, he served as the Chair of the STU MTF Academic Senate.  As a university teacher, he has been with STU since 1976. His pedagogical activities are focused on lecturing in the field of automation, applied informatics, economics and control. He has been a member of the STU Scientific Board since 1992, and also a member of the Scientific Boards of the STU faculties and other universities.

In his program, Professor Moravčík defined the goal of creating and maintaining an attractive and motivating environment for the STU students, teachers, researchers and staff, as well as the collaborators from external institutions. Professor Moravčík's Election Program was founded on tradition, modern administration of the Institution and strong international ties of STU.