Support to young scientists is priority of the Slovak University of Technology in Bratislava. One of the ways how to achieve it is opening postdoc positions. While the Slovak legislation has not recognised the term of podstdoc yet, postdoc positions are common abroad. How to support young scientists and stop the exodus of young professionals from Europe, it is also the issue of the Slovak Presidency of the EU. On Monday 18 July, the EU ministers for competitiveness negotiated in Bratislava on the issues such as science and research. The ministers also visited the STU Faculty of Informatics and Information Technologies.

Examination of new materials, development of applications and algorithms, design of electronics for modern diagnostics or design of solar cities for the  years to come – these are some of the STU postdoc’s activities.

"We have opened a number of postdoctoral positions because we want to retain young talented scientists at the University and rejuvenate scientific teams. Europe is involved in global competition. Young people cannot be kept in cages: they go to the places with more challenging and better paid job chances. This country should focus rather on fewer but much better funded workplaces in order to break through in the world. The new postdoc positions at the University were opened in the areas where there are top professionals and high quality equipment obtained through the projects of the University Science Parks. Their research is oriented on the SMART companies and SMART technologies that make life easier", says Robert Redhammer, the STU Rector.

The Slovak legislation does not recognize postdocs, although the Slovak Association of Doctoral Candidates has been pushing the education sector to incorporate postdocs into law and financially support their positions. “Several enlightened universities in Slovakia are opening important postdoctoral positions, using the money that might be used for research and equipment of the institution. The time for doctoral study is too short to produce a solid scientific output, especially when doctoral students have other duties, such as teaching. Postdoctoral study provides them with extra time to improve their scientific outputs, become real scientists and acquire important contacts and experience", says Veronika Trstianska, President of the Slovak Association of Doctoral Candidates.

In the international competition, STU has open nine postdoctoral jobs, each addressing specific research. Beata Randusová and Robert Špir are of the STU Faculty of Civil Engineering. Beata Randusová deals with the topic of “Reducing extremity of hydrological regime by using the methods of land management”. The research is part of the European 7th Framework Programme - Recare Project, uniting 17 countries that explore various forms of soil degradation, test measures of soil protection from degradation and search the ways to make them more effective. The Slovak team explores the soil degradation caused by inundations and mud floods.

Robert Špir develops “New methods of processing 4D images in biomedical applications”. The STU team co-operates with the French National Centre for Scientific Research (CNRS) in the design of algorithms allowing full automation of the process tracking the movement of cells in developing organisms. While the French team scans the development of cells in organisms from fertilization in the few seconds’ intervals, the Slovak team makes 4D image visualization, i.e. pictures of the body development in time. Using mathematical equations, they develop programs that filter images, detect cell nuclei, monitor the cells development and create a "cellular generation tree." Scientists can thus track the changes of the cells’ behaviour and development after e.g. administration of the drugs limiting the ability of cells to divide.

Stanislav Sojak a Anton Kuzma are of the STU Faculty of Electrical Engineering and Information Technology. S. Sojak analyses new types of steels with higher heat and radiation resistance than those of common materials, in order to withstand the load in future nuclear reactors, fusion reactors in particular. Similarly to the sun, such reactors fuse the nuclei instead of splitting them. A. Kuzma investigates new organic and inorganic structures in electronics for the purposes of medical diagnostics.

Zuzana Barbieriková of the STU Faculty of Chemical and Food Technology examines “Photoinduced processes based on titanium dioxide”. When irradiated, photocatalyst may serve as the basis of new technologies for wastewater treatment. Researchers examine its changes during irradiation.

Ján Legény of the STU Faculty of Architecture is involved in the project of “Intensification of  the of solar energy utilisation in urban area”. The European Union Directive requires that all buildings in the Member States exhibit zero power consumption (Directive 2010/31/EU). New or renovated buildings of public institutions must comply with the requirement after 31 December 2018, or after 31 December 2020 in case of other new or renovated buildings. The Faculty team investigates how the cities can achieve this and how their current shape will change, while focusing on use of solar energy.

A postdoctoral fellow at the Faculty of Mechanical Engineering, Martin Gulan develops optimisation algorithms that can quickly control complex processes or systems on microcomputer platforms with limited power and memory. This concerns e.g. the combustion engine control ensuring lower power consumption and longer life, damping of unwanted vibration of structures, or, on the contrary, controlled utilisation of such vibrations in order to collect energy.

Some of the STU faculties are trying to retain the young staff by opening jobs for scientists under the age of 35, including post-docs. The STU management established university grants for the young to support research. The STU social program provides them with financial assistance for marriage, purchase, renovation or construction of an apartment or house, childbirth allowance, children camp allowance or longer holiday for young people under the age of 35.

EU ministers at Slovak University of TEchnology in Bratislava 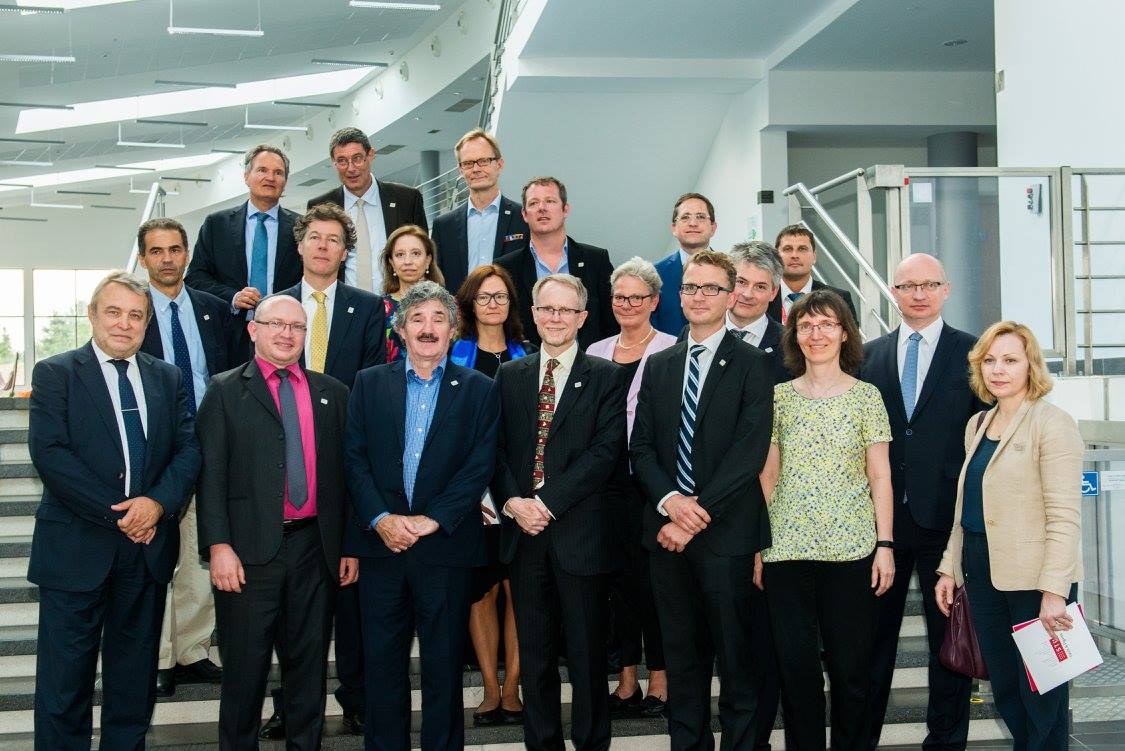 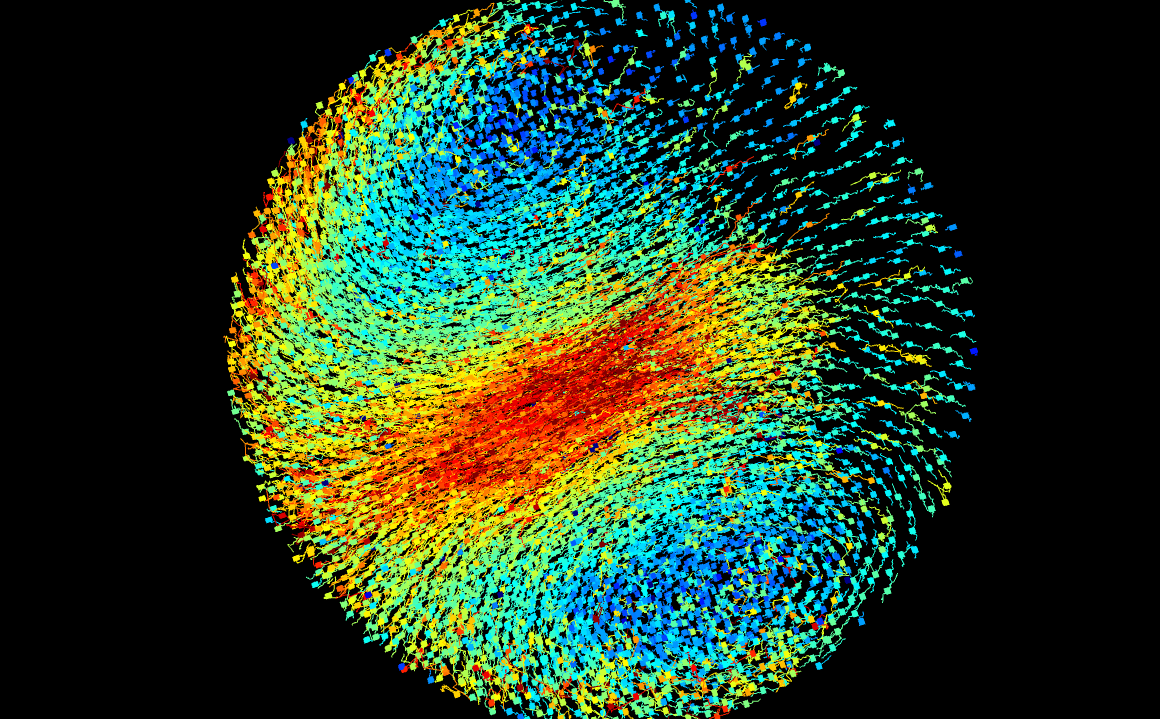 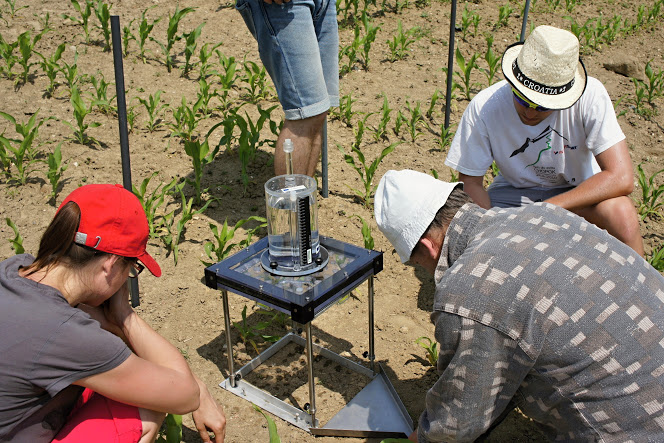