The top representatives of the STU (Slovak University of Technology), UK (Comenius University) and SAS (Slovak Academy of Sciences) approved the joint procedure in developing the research potential of the three largest Slovak scientific institutions by signing the Memorandum of Cooperation. "This is the time for us to combine our strengths to succeed on international forums," said Miroslav Fikar, the STU Rector. 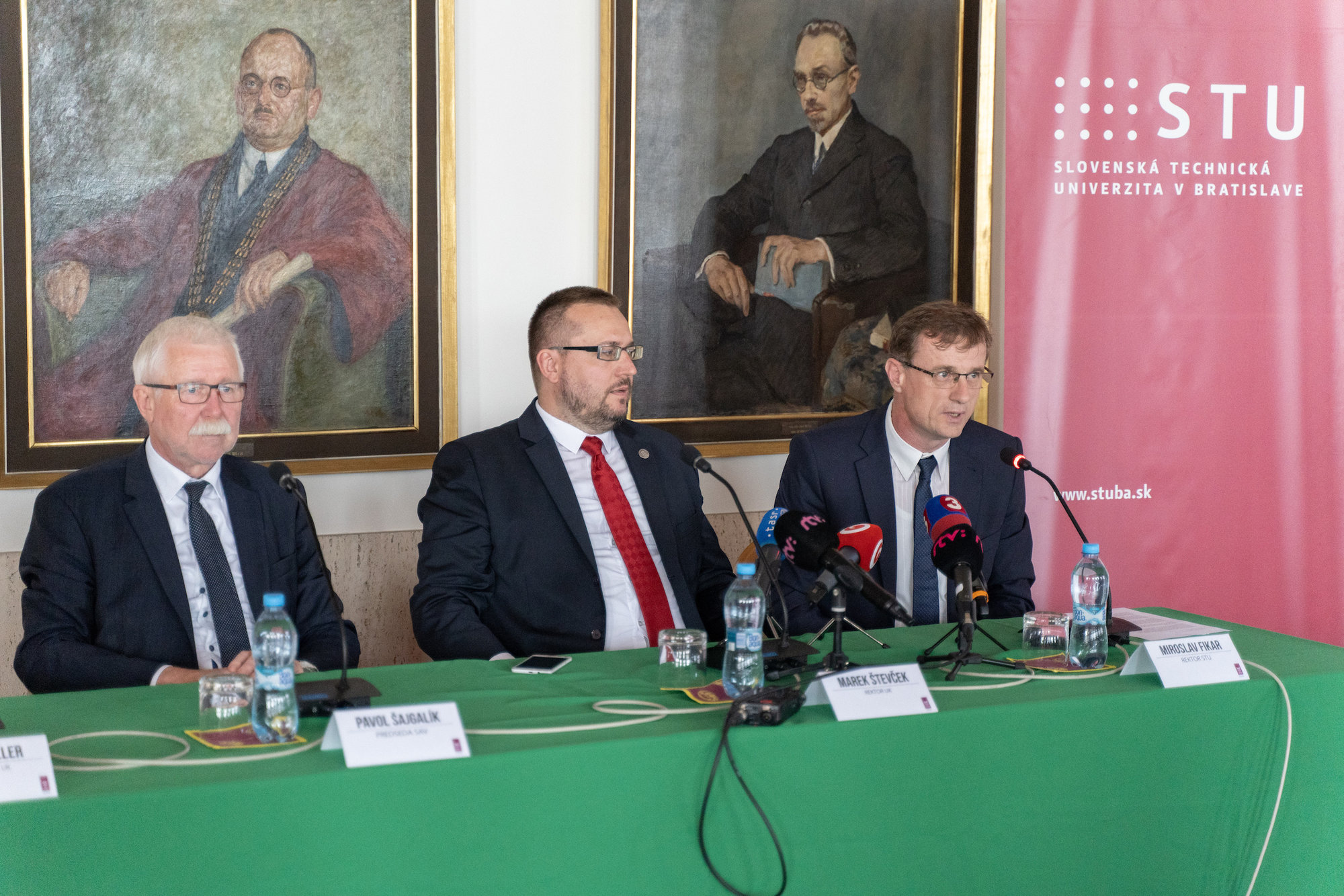 The Slovak University of Technology, Comenius University and Slovak Academy of Sciences concentrate the largest scientific and research output in Bratislava, the Slovak capital. Scientists of these institutions annually produce up to 70% of all Current Contents publications in Slovakia. The Bratislava region ranks among the top ten EU regions, where the share of R&D personnel exceeds 2% of the total employment. Bratislava simultaneously belongs to the economic leaders within the European regions:  its GDP per capita reaches 180% of the EU average. However, in the area of ​​investment into science and research, Bratislava is lagging behind the available economic and human resources.

Unsaturated research potential is due  to the low volume of total investment:  the R&D expenditures make up only 1.4% of GDP per capita in the region, which is only by 0.5% more than the value of the overall Slovak Republic indicator and much less than the average of the EU countries (= 2.1%).

“Slovakia disposes neither gold nor oil; what it does have are many skilled and educated people and a fairly developed scientific infrastructure.  Our science and education is the key to ensuring a better future for this country. As a scientist I know, however, that new research will not start by signing a political document. Scientists work together if they share common research interests and deal with similar scientific issues. This Memorandum challenges enhancement of the cooperation culture  inside our institutions. We hereby address our scientists with the mission of making joint research their priority, and we promise them our support in all possible ways,” said Miroslav Fikar, the STU Rector.

The process will not start on the green field; on the contrary - there are the fundamentals to build on. There are joint scientific teams and large joint projects of both research and investment nature. “Let me mention the ACCORD investment project worth more than EUR 100 million, being prepared in collaboration with the Comenius University, currently in the phase before signing the Agreement. The Memorandum should challenge more of such projects, more of investment and more of joint research. ” said M. Fikar.

Miroslav Fikar concluded his appeal by expressing another important Memorandum’s message: “We all need to be more involved in major international projects, and we also need to attract foreign partners, foreign scientists and students. We realize that only by joint efforts we can prepare fair scientific conditions for them. Let the Memorandum become a roadmap guaranteeing mutual assistance in achieving this goal. This is the time for us to transform our strengths into common international benefits.”