STU and UK have won 111 million € for research

Slovak University of Technology (STU) and Comenius University (UK), the two biggest and best universities in Slovakia, have won the largest ever investment into the modernization of their research infrastructure, reconstruction of buildings and strengthening of their scientific capacities. The Project co-ordinating leader is STU; the Project funds will be equally divided to both Universities.

The Project proposal was prepared by the Universities in cooperation with the education and finance sectors, and the experts from the European Investment Bank and the European Commission. The several-year long process of the project preparation was completed by the joint signing of the Agreement by Martina Lubyová, the Minister of Education, Science, Research and Sport, Miroslav Fikar, the STU Rector, and Marek Števček, the UK Rector. 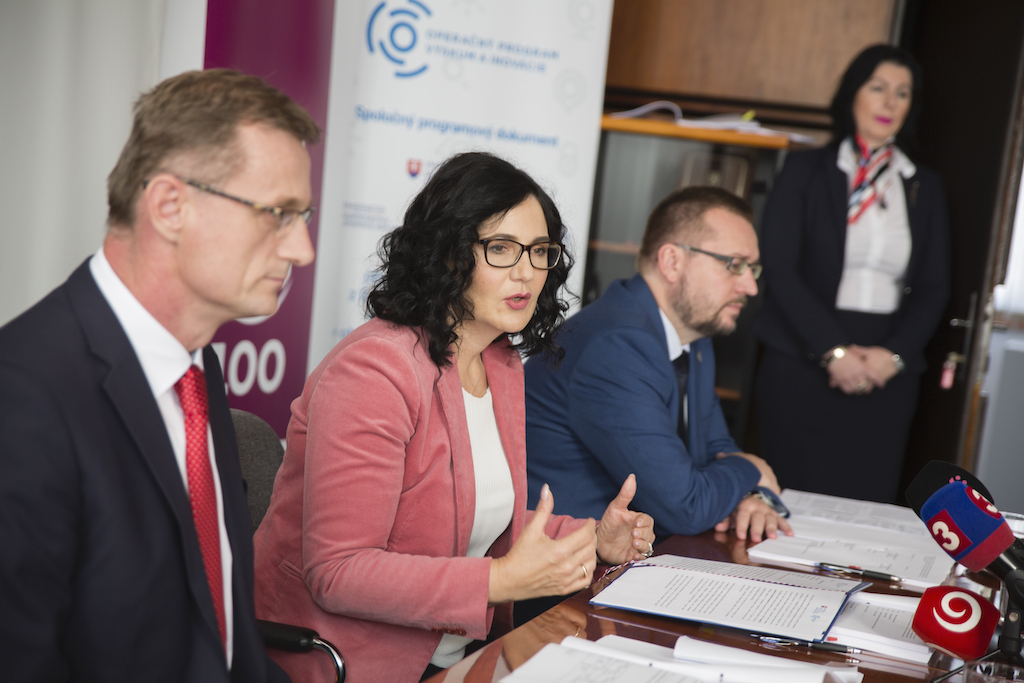 When signing the Agreement, Martina Lubyová stated: “The effort was worth it. The ACCORD Project has the potential to significantly influence the socio-economic development of the Slovak Republic via modernization and development of higher education in the STEM areas - Science, Technology, Engineering and Mathematics at the two leading universities in Slovakia. ”

A new stage in the life of Universities

Miroslav Fikar, the STU Rector, thanked those who contributed, particularly the former management of both Universities, Robert Redhammer of STU and Karol Mičieta of UK, for their personal input, invention and patience in the Project preparation. "I also want to thank Vazil Hudák, Vice-Governor of the European Investment Bank, for his invaluable assistance and personal contribution."

According to Fikar, the Project “starts a new phase in the lives of both Universities: the  phase of closer and better cooperation, the phase of major investment into research infrastructure, at the end of which both institutions will be stronger, more up-to-date and more attractive. ”

Marek Števček, the UK Rector emphasized that "the Project will bring great benefit to the staff, students and doctoral students of both Universities, since it will improve the conditions for their creativity and provide more opportunities to participate in prestigious research projects."

The event was also remotely supported by Mr. Vazil Hudák, the Vice-President of the European Investment Bank (EIB), who stated:  “The JASPERS technical assistance, jointly provided by the EIB and the European Commission, has helped prepare the ACCORD Project to benefit from the European grants. ACCORD enables STU and UK, two key Slovak universities, to join forces and sustain their competitiveness towards foreign competitors, especially from the Vienna-Brno-Bratislava strategic regional hub. This effort is very important for Slovakia, since it will contribute to the modernization of university education and research, increase the attractiveness of study and motivate the foreign students and researchers to come to Slovakia,. "

The aim of the ACCORD Project is to improve university capacities and competences in research, development and innovation, and to increase the competitiveness of the two largest and best Slovak universities within the European Research Area. Both institutions will modernize their research and IT infrastructure, refurbish their buildings, thereby increasing the level and attractiveness of the study environment, and significantly reducing energy consumption and CO2 production.

A new high-tech pavilion and new facilities and equipment as well as several open laboratories built within the Project will be available for the staff from both universities as well as other research organizations and private sector partners.

Besides the excellent teams and workplaces, the Project will support the full range of research activities, including cyber security, automation and control, biotechnology and biomedicine, and material research.

It is the largest academic investment project in the history of Slovakia, and also the most significant investment in the current programming period of the Structural Funds implementation within the Operational Program Research and Innovation. Over the next 4 years, both Universities will invest 111 million €, of which 105.4 million € is a contribution from the EU funds and the state budget, while investing 5.5 million € from their own pocket.

However, upon the request of Brussels, a key amount intended for researchers' salaries dropped from the originally 120 million € package. “Over the next four years, together with the Government of the Slovak Republic, we will have to cover the amount of more than 8 million € in order to meet the measurable project indicators in the field of science performance. I do believe that we will be able to solve this problem,” said Miroslav Fikar.

Martina Lubyová, Minister of Education, said in response:  "We plan to channel these resources in the next calls of the Operational Program Research and Innovation."