Eco-friendly bioplastics are becoming a reality in Slovakia

Global problems with plastic waste are undeniable; a solution that would greatly help is the use of bioplastics completely degradable without a negative impact on the environment. Developed by the STU scientists under the leadership of Professor Pavel Alexy of the STU Faculty of Chemical and Food Technology, nonoilen exhibits exactly the above-mentioned characteristics. It is unique and admired in Slovakia as well as abroad.

As its name (nonoilen = no oil) suggests, it is a special plastic material containing no oil. Conventional plastics, as we know them, can be defined as a class of chemicals belonging to polymers; some show the same structure as the substances we are made of, so they do not pose a problem. However, synthetically produced plastics exhibit different properties given them intentionally; they have become weather-resistant, and, unlike ordinary natural polymers, they hardly decompose.

Professor Alexy's objective was rather seeking technical solutions to the existing polymers instead of de veloping the new ones. “The first boom of biodegradable polymers produced from renewable sources came in the 1970s. It is worth to say, that biodegradability does not mean bio-renewability. Both are equally necessary,” says Professor. 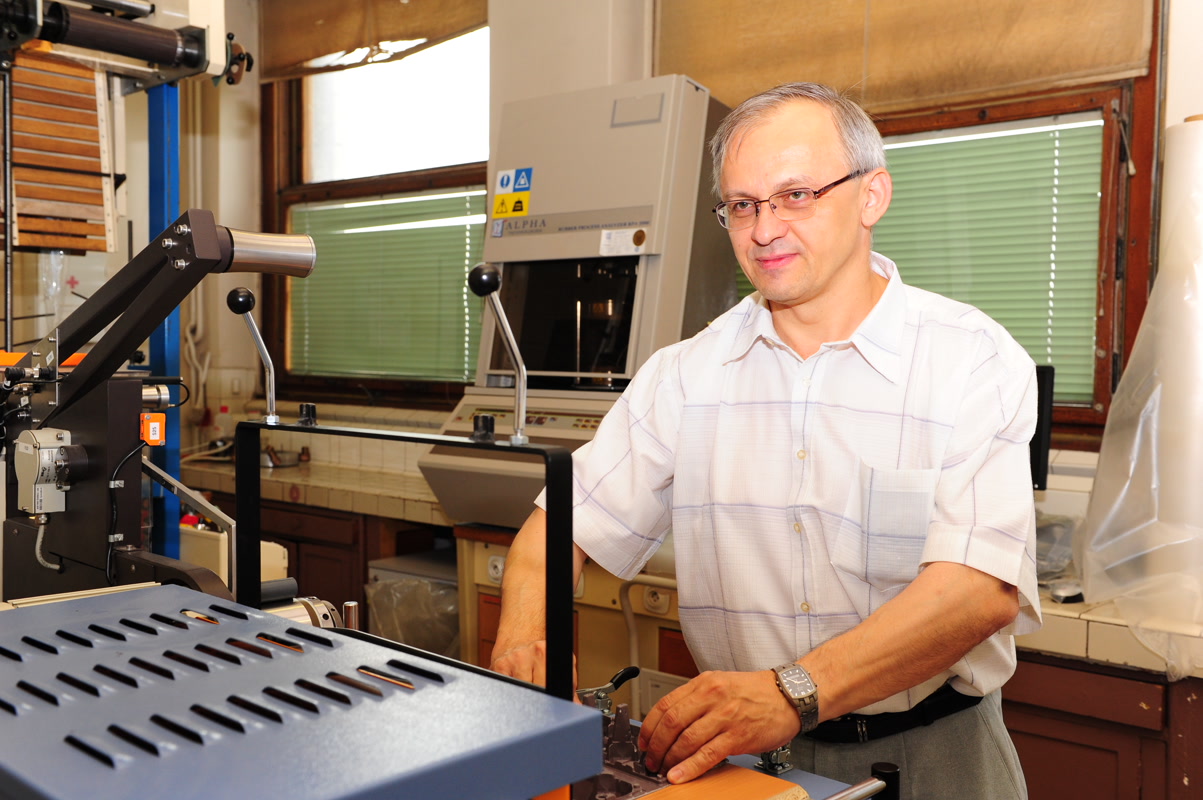 The generally accepted definition of “biodegradable” as “degradable in nature” is not entirely correct; it certainly does not work in such a way that we throw out the bioplastics somewhere in the forest and then expect it would perfectly decompose there. Even an ordinary apple would not decompose in sterile soil, rain and air. “Just take an apple grown in your own garden without spraying; it will last for a very short time, while a beautifully polished apple from the store will last much longer, precisely because it is chemically treated, sterile,” explains Professor. Sterile means that there are no bacteria, fungi or yeast. Simply, the rotting process is nothing but the microorganisms starting to consume a healthy apple, as they need carbon, nitrogen and biogenic elements to create their own DNA, i.e. to reproduce. They begin to enzymatically decompose mass of the apple (what is actually called rotting), making large molecules small by "chopping them up", and then taking them in pieces in their cells. By destroying those pieces, their metabolism creates simple molecules used to build their own DNA and other substances necessary for the life of a new cell. This is what bio-degradation is. Composition of the bioplastics must therefore allow the microbes to 'cope' with their enzymes.

Bacteria, however, do not crawl, so simply throwing the bioplastics out certainly will not work. Biodegradable plastics should be placed in compost, soil, water or wherever microbial activity is present.

But why is such decomposition of synthetic plastics impossible? Here we come to protein, the DNA that replicates during cell multiplication.  Replication requires appropriate material. “To put it simply, if cells kept growing infinitely, they would consume all biogenic elements, and life would stop, as all the building material would run out. That is why dead bodies decompose in nature and return to circulation,” explains Professor. To both, the formation and extinction processes, water is essential; our bioplastics therefore must be built so that the microbes can “work” with the water during the decomposition process. That's why there is no polyethylene in nature; bacteria are not able either to “make” it or even decompose it, since they cannot put water into it. Of course, the material is subject to oxidation and degrades under the effects of solar radiation; just like an old greenhouse which often falls apart in a single season, falling into disuse. Synthetic plastics have been invented to last hundreds of years, and therefore stabilizers have been added to prevent decomposition. Yet if buried in the ground, they would decompose even longer than in the air, as they degrade just without microbes. 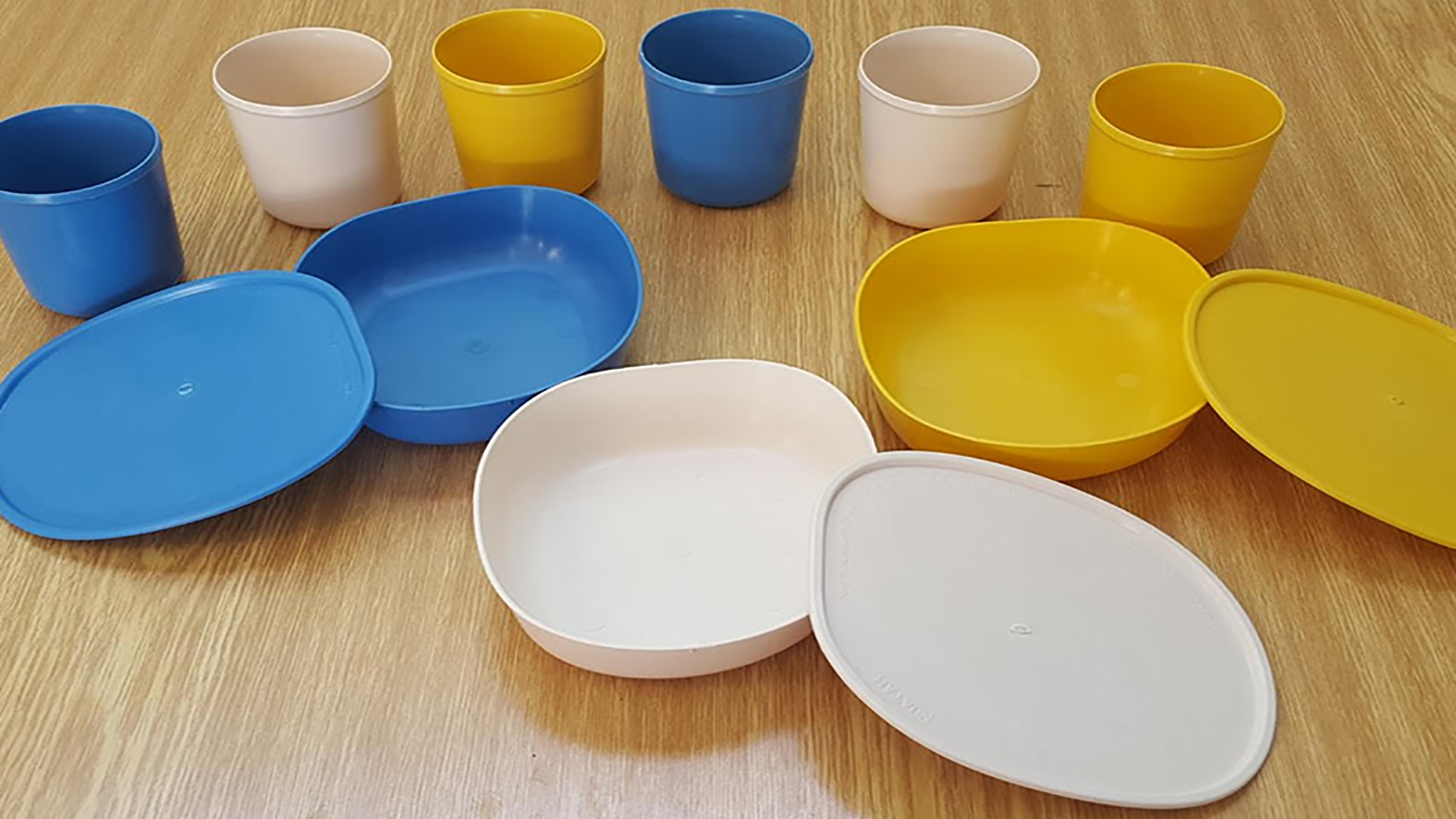 So how did our scientists produce biodegradable bioplastics?  “We managed by using a mechanism similar to the nature: folding our plastics out of the polymers with hydrolyzable bonds in the main chain, i.e. polyesters from renewable raw materials. The “living world” down there in the ground can handle such materials. Bacteria, fungi and yeast can then split a long molecule by enzymatic hydrolysis into smaller molecules, and to receive them subsequently through the cell wall, decomposing and metabolizing it to carbon dioxide, use water and a portion of carbon for synthesis to replicate their DNA and build a new cell. Of course, besides carbon, other elements are needed; decomposition of plastics can therefore only take place in conjunction with other organic matter, e.g. in compost,” explains Professor.

Plastics - one of the causes of global warming

Besides the environment pollution, synthetic plastics also contribute to global warming. This brings us to the beginning of life on Earth; when the water began to cool and condense, life in the oceans arose in the form of unicellular organisms that needed carbon, which was only in the atmosphere at that time. So the nature "invented" chlorophyll which functions as a catalyst for synthesis; consequently, carbohydrates, the first reservoirs of energy, could be produced. “Protein (i.e. DNA), a building block of life, requires at least carbon, oxygen, hydrogen and nitrogen, which were also plentiful during that period. Some of those elements were in the water, others in the air. Chlorophyll was needed for interconnection; just like haemoglobin transferring oxygen into our bodies,” explains Professor.

When green algae appeared, they took CO2 from the air, which consequently decreased the CO2 concentration, thereby decreasing greenhouse gas as well as the temperature of the Earth. Greenhouse gas whether methane or CO2 lets the sunlight reach the Earth that absorbs it and then returns it outside as heat radiation which, however, cannot leave the atmosphere anymore. Energy is accumulated, while less and less heat being removed; the light passes through CO2, but the heat cannot, so it is a one-way road. Moreover, the thicker the CO2 and methane layer, the thicker the barrier, and thus the planet gets overheated; heat is not abducted, but radiation keeps reaching us.

In prehistoric periods, on the contrary, the layer was thinning down owing to the green plants growing on the Earth. Some of the converted energy went into space, and the Earth's temperature kept decreasing. “When the plants reached dry land forming forests, the huge green reflection area consumed a huge amount of CO2. The temperature had fallen again, and then life became possible even for animals,” explains Professor. When the whole system came to equilibrium, the cooling stopped. The following orogeny, slow creeping motion of tectonic plates, changed the Earth, burying the green matter (dead trees) under the layers of mud. Depending on the temperature and pressure at a particular location, the green mass was transformed to crude oil, natural gas, or coal. “By mining coal, carbon in the form of CO2 is returned to the air, which poses a problem at least as big as plastics floating in the ocean. That is why we need to switch to renewable resources of both, materials and energy. ”

Do biodegradable plastics contribute to saving the Planet?

“Our planet does not need to be saved, she will take care of herself; it is ourselves to be saved. Yet, instead of taking necessary actions, we keep opening the scissors by emitting CO2 into the air and destroying the forests that could absorb it,” says Professor.

So, if we need fully eco-friendly plastics, they can be made of e.g. corn which consumes CO2 to grow. The bioplastics produced like that will later biodegrade, returning part of the carbon into the soil. Full bioplastics must be renewable, compostable and returned to the soil. “Just like our bioplatics. We wanted more than a biodegradable one. There are plenty of bioplatics biodegradable and made of partly renewable sources and partly synthetics; this is but a "bath" effect. "

We frequently hear people reasoning:  this product is better because it produces less CO2, and therefore leaves a lower carbon footprint. In fact, it is misleading; the correct reasoning should be: we produce a balance zero. Though less is better than much, it cannot be a definite solution.

“Let’s take the analogy with a bath: close the drain, take a 10 litre bucket and pour a bucket of water into the bath every hour. After a while, the bath is full. Regarding the above-mentioned (less is better than much), using a two-decilitre cup instead of a bucket seems to be better. In fact, we saved time, but did not solve the problem, just postponed it. Similarly, recycling plastics is definitely good, because we get things under control, but the saved time should be used to intensively consider full eco-friendly solutions.  Even bioplastics cannot be produced entirely without leaving a carbon footprint; the energy needed to produce them will also leave a footprint behind. So, the basic idea is: let’s return to the nature what we took from it,” says Professor.

Still, there is a question of properties. Conventional starch is a polymer which can be used to make e.g. a bag. The bag is sensitive to moisture; it can tear or dissolve at higher temperature. It is eco-friendly, but also has some disadvantages. To improve its properties, some manufacturers have added a synthetic polymer, thus reducing the feature of eco-friendliness. Besides, decomposition of some types of synthetic polymers releases carcinogenic substances.

All the former solutions might have worked at the time of their origin, since they were generally a step forward. However, the current requirements are different. “We’ve found a trick of how to produce the plastics from other than fossil sources; it is biodegradable and meets the desired necessary technological features. We have balanced the three aspects; that is what makes our solution unique.” 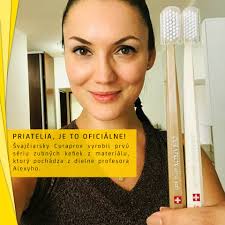 To avoid the complex manufacturing details, it was just necessary to find a method of mixing the necessary substances (like water and fire), and making them coexist. “Thermoplastic starch and PHB normally destroy each other. We have developed a unique composition and a technological process, making them tolerate each other. That was the birth of a new generation material showing desired properties, both chemical and biological. A bioplastics production line should be launched next year.