A ceremonial session of the STU Scientific Board associated with awarding Imre J. Rudas the honorary degree of Doctor Honoris Causa took place on Monday, 20 June 2016.

Prof. Imre J. Rudas accomplished his engineering study at the Banki Donat Polytechnic School in Budapest in 1971. After that, he graduated with Master's degree in Mathematics from the Eötvös Loránd University in Budapest. In 1987, he obtained the PhD. degree in the field of robotics at the Hungarian Academy of Sciences, where he also became Doctor of Science in 2004. 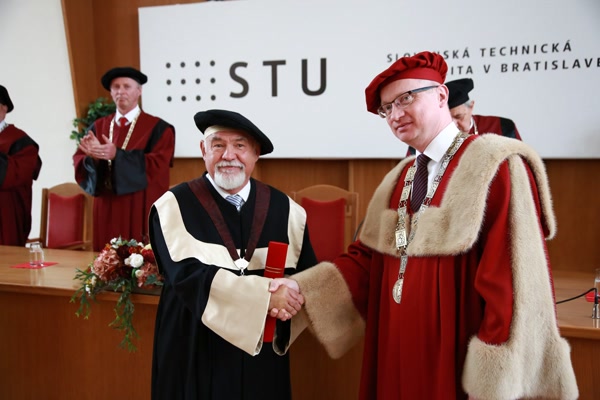